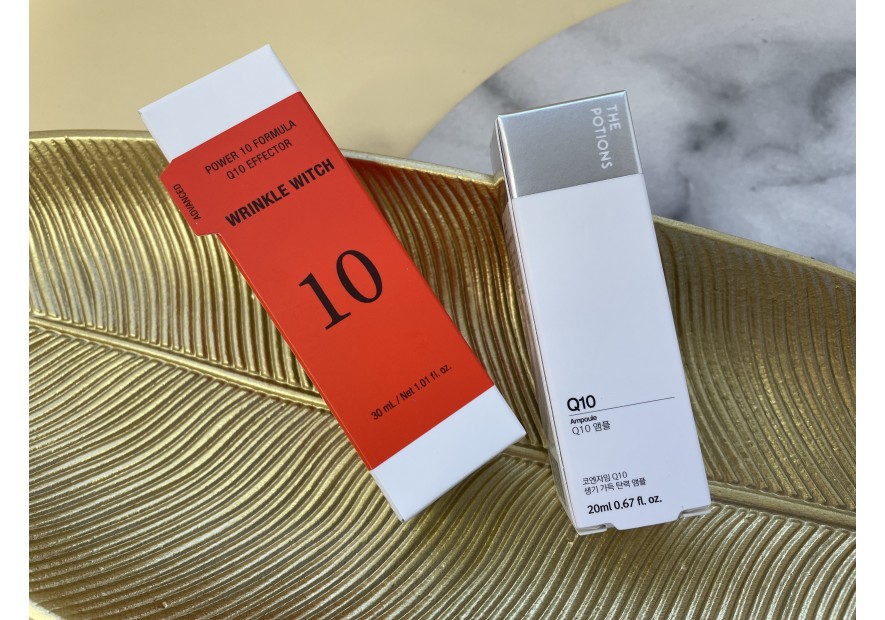 Protection against aging is one of the most important topics in skin care, and there are countless products on the market today that promise you firmer, younger-looking skin. It is important to know what exactly is in these products and which ingredients actually have a rejuvenating effect on your skin.

So today, we would like to introduce in more detail Coenzyme Q10, one of the most popular and well-known anti-aging ingredients that is ideal for mature skin care.

Coenzyme Q10 as an ingredient

Coenzyme Q10 is a particularly effective antioxidant that traps free radicals and thus can prevent and even repair skin damage and signs of aging.

Q10 also plays a crucial role in human metabolism and energy production. In short, it forms a kind of protective wall because free radicals are formed in our cells during energy production, and they are captured directly by coenzyme Q10 before they can do any damage. Our body can make this coenzyme itself, but as we age, the amount of it decreases, as it does with many substances such as collagen.

You can also get Q10 through food, such as in the form of nuts, some oils and legumes, or by targeting your skin with skin care products.

Because coenzyme Q10 itself has a relatively large molecule size, it unfortunately cannot penetrate the skin as easily. It is therefore usually encapsulated in so-called liposomes, so that it can better penetrate the skin. Because Q10 is fat-soluble, it can be stored in cell membranes and provide its skin care benefits there.

Not only does it act as an antioxidant to protect the skin from free radicals, but it also regenerates and regenerates cells. Q10 also has an anti-inflammatory effect and increases the formation of elastin.

By the way, the term "mature skin" is a bit misleading because mature skin does not necessarily have anything to do with how old you are, but rather with the condition of your skin.

UV exposure, smoking or excessive alcohol consumption can take a toll on your skin and make it "old" and saggy, even at a young age. First of all, Q10 shows its antioxidant effect here, which can also be of great visual importance.

It's Skin Power 10 Formula Q10 Effector "Wrinkle Witch" is formulated with a new formula and is super effective. It contains 74% Jeju Island carrot extract and Q-tinol™, a patented ingredient of coenzyme Q10 and retinol, which reduces signs of aging such as wrinkles and fine lines and smoothes skin texture.

Carotene from carrots has excellent anti-aging properties and helps maintain skin elasticity and prevent cell damage. This combination of coenzyme Q10 and retinol is an absolute miracle weapon against aging and can be used as a serum in the evening for a firm and radiant skin.

THE POTIONS Q10 Ampoule. Radiant skin serum with Q10 coenzyme. Formulated with coenzyme Q10, which promotes the production of collagen and melanin for healthy, radiant skin.